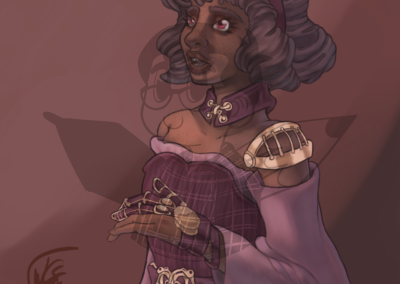 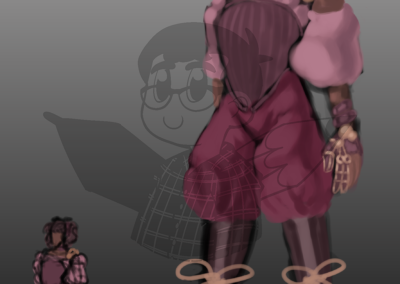 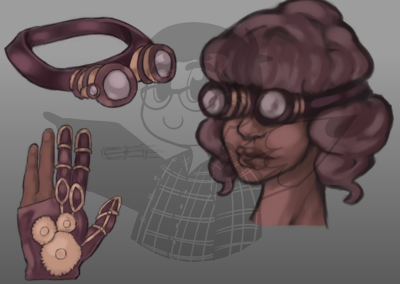 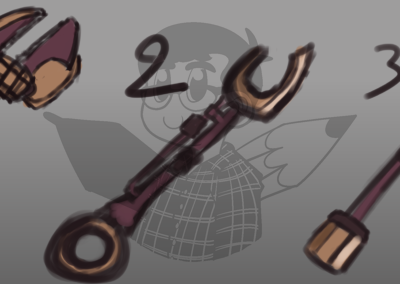 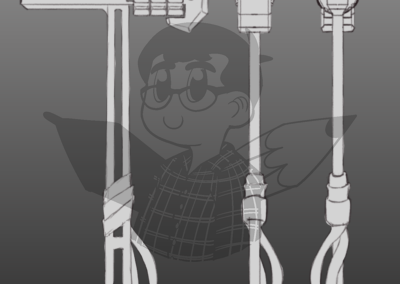 Redesign of a character from a previous illustration.

This chara-design was made by imagining that the character would be part of a video-game or a comic-book. Thus, It needed a design easily recognizable but easy to redraw.

I started by making a full figure of the character as a concept art reference. Once done, I made a thumbnail of my concept to see if it entirely worked from a distance. I then proceeded to make a turnaround for the character.

The weapon was made by keeping in mind two constraints: the weapon must be linked to the character function (i.e. she’s a mechanic) and strongly assiociated with the chracter’s design. I made several proposition based on tools with the character’s color palette. I kept the first one and went with a turnaround for it.